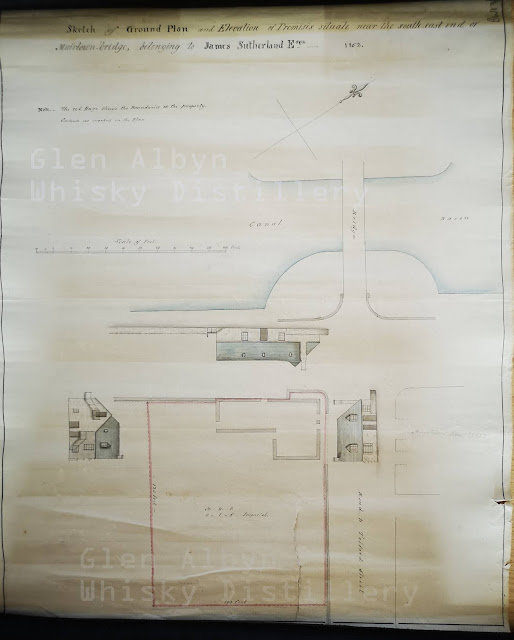 The local position of Provost of Inverness has a long association with distillers and distillery owners. John Birnie occupied the position while still with the Glen Mhor distillery, but he was not the first with such distilling links.

Starting the trend was James Sutherland,  who founded Glen Albyn in 1846. He was appointed in April after the resignation of his predecessor, Dr Nicol in April 1843, with this summary recorded by Electric Scotland on 26th of the month:

‘Dr Nicol had previously sent in his resignation as Provost of Inverness, and as he adhered to his resolution the resignation was now accepted. The proceedings at the Council had for some time been stormy in connection with such questions as a Harbour Bill, a new Post-office, &c. The Provost in his views of business had frequently found himself in a minority. At the meeting reported on this date only nine members attended, but the Town-Clerk ruled that they were qualified and bound to elect a Provost, and their choice fell on Bailie James Sutherland, who was unanimously appointed.’

This was a position he would occupy until 1846, followed by a gap until 1852, when he returned until 1855. Wikitree has a detailed timeline of James and his family. 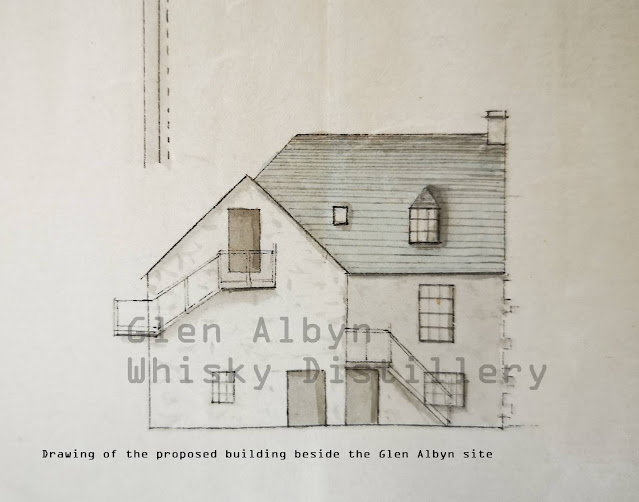 What isn’t widely known or reported is something that only came to life after James passed away in 1859. Dave of the Inverness Local History Forum, advised that following his death:

‘I understand that following his death (1859) a secret pipeline was found from the Distillery to the Muirtown Hotel – one supposes he was getting the Angel’s Share and the Provost’s share!’

Now, this is a tale to get the mind thinking. After all, such folklore must have some inspiration or grain of truth? A find in my recent visit to the Highland Archives Centre in Inverness, also gives more substance to a mere myth. My visit is recorded in an article on the Glen Mhor site and the theme of looking beyond is mirrored in a small but precious bundle dated from 1852. 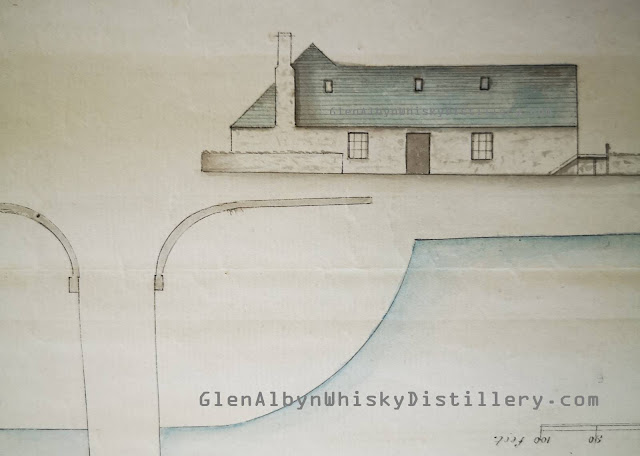 On first inspection, these have no connection to either of the Telford Street distilleries. They are some of the oldest documents within the R65 Telford Street - Dean of Guild Plans. A small but series of detailed series of sketches of what would become the Muirtown Hotel, also known as 90 Telford Street, which would reside close to Glen Albyn. Given these are from 1852, Glen Mhor is nothing more than a vacant piece of farming land, waiting for its own destiny. 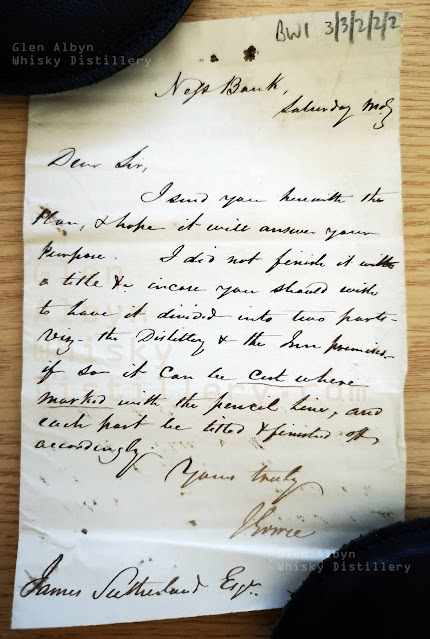 What is also surprising is that along with the sketches, there exists a covering letter to James Sutherland Esquire - yes, the very same one as above. I'll transcribe to the best of my abilities, if you have any enhancements, please let me know:

'I send you herewith the plan, and hope it will answer your purpose. I did not finish it with a title for in case you showed either to have it divided into two parts, being the distillery and the inn premises. If so it can be cut? where marked with pencil line, and each part can be ?? and ?? off accordingly.'

On the reverse the plan is simply titled 'Plan of Post office and Distillery Grounds, Muirtown.' The drawing header is less specific, just confirming that it's a 'Sketch of Ground Plan and Elevation fo Premisis sitate near the south east Muirtown Bridge, belonging to James Sutherland Esq. 1852.'

However, what is does confirm is that the area was busy with building and renovations. Referring to our Timeline, it shows that Glen Albyn was being rebuilt in 1850 and was back producing, sometime in 1852. Next door an inn, hotel or whatever you wish to refer to it as, was also being constructed. Both owned by the same person and how tempting would it be to have your distillery supplying your free house next door with its own exclusive whisky?

If anything, it confirms there was an opportunity at least and a viable one to lay a pipe between the two buildings. And if there's an opportunity, then there's a possibility.

This 1852 plan comes from the Highland Archives Centre (R65 Telford Street - Dean of Guild Plans) and is watermarked for its protection. As with any images on this website, please ask first before using and always give credit. My thanks to the Centre for being able to use this find. 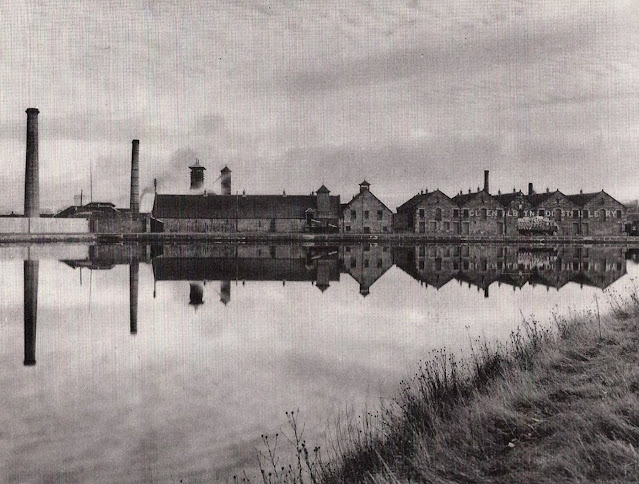